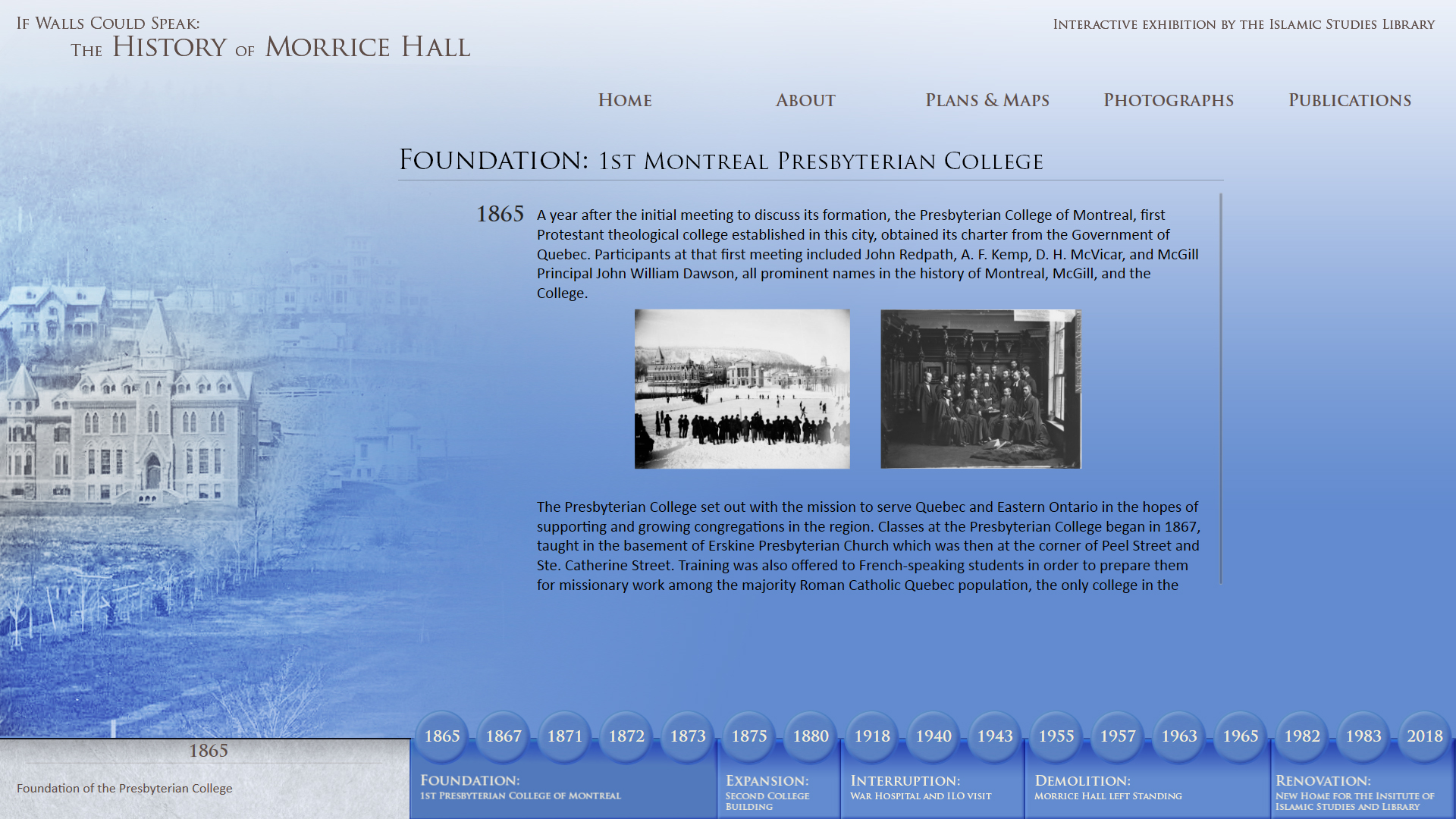 1865
A year after the initial meeting to discuss its formation, the Presbyterian College of Montreal, first Protestant theological college established in this city, obtained its charter from the Government of Quebec. Participants at that first meeting included John Redpath, A. F. Kemp, D. H. McVicar, and McGill Principal John William Dawson, all prominent names in the history of Montreal, McGill, and the College. The Presbyterian College set out with the mission to serve Quebec and Eastern Ontario in the hopes of supporting and growing congregations in the region. Classes at the Presbyterian College began in 1867, taught in the basement of Erskine Presbyterian Church which was then at the corner of Peel Street and Ste. Catherine Street. Training was also offered to French-speaking students in order to prepare them for missionary work among the majority Roman Catholic Quebec population, the only college in the Dominion offering this service at the time. The College had a close affiliation with the McGill University from early on, and the first students had access to the McGill library, museum, lectures, as well as consideration for scholarships and medals.

1872-1873
After deciding in 1871 on the construction of a new building to house the Presbyterian College, the College’s Board of Management purchased a piece of land on McTavish St., to the west of McGill’s Arts Building (itself built in 1843). An announcement of the newly founded College was made in the British American Presbyterian Journal on January 17th, 1873. Financed by donations, the new Presbyterian College was completed in 1873.