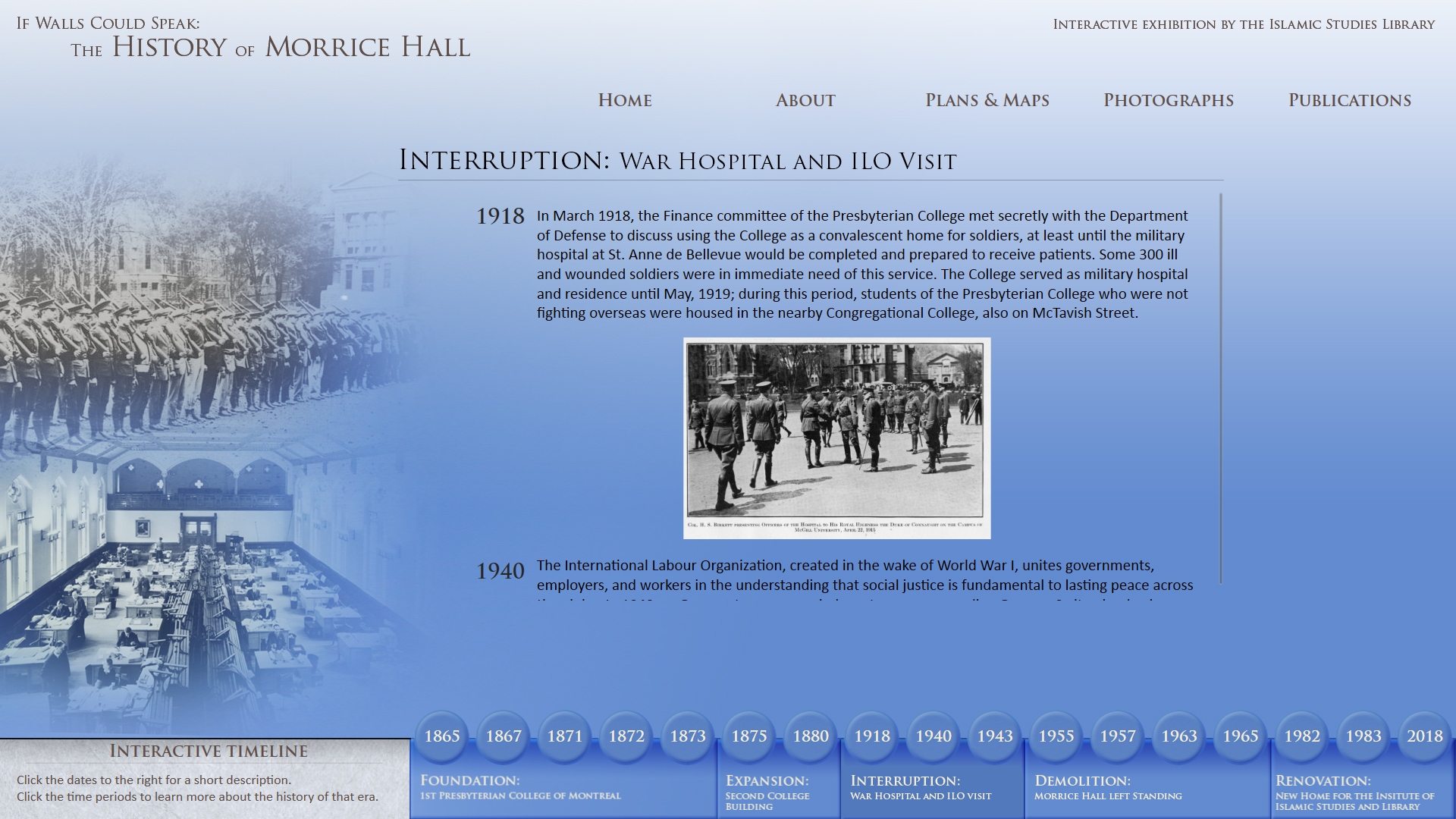 1918-1919
In March 1918, the Finance committee of the Presbyterian College met secretly with the Department of Defense to discuss using the College as a convalescent home for soldiers, at least until the military hospital at St. Anne de Bellevue would be completed and prepared to receive patients. Some 300 ill and wounded soldiers were in immediate need of this service. The College served as military hospital and residence until May 1919; during this period, students of the Presbyterian College who were not fighting overseas were housed in the nearby Congregational College, also on McTavish Street.

1940
The International Labour Organization (ILO), created in the wake of World War I, unites governments, employers, and workers in the understanding that social justice is fundamental to lasting peace across the globe. In 1940, as German troops occupied most areas surrounding Geneva, Switzerland, where the ILO was headquartered, the Governing Body and ILO Director John G. Winant took the decision to move their office and activities away from the war zone of World War II. In August of the same year, the Canadian Government and McGill University officially agreed to welcome ILO staff, including 40 members from 18 countries, to McGill campus, Montreal. From August to November 1940, these ILO staff occupied Morrice Hall before relocating to another location on campus.

On September 14th, 1950, a plaque was presented to McGill University to commemorate this moment in ILO and McGill history: “To this campus the International Labour Organisation transferred its wartime headquarters in 1940 on the generous invitations of the Government of Canada and McGill University. From here the I.L.O. directed its work of furthering world peace through social justice until 1948. This tablet records the lasting gratitude of the I.L.O. to McGill University.” 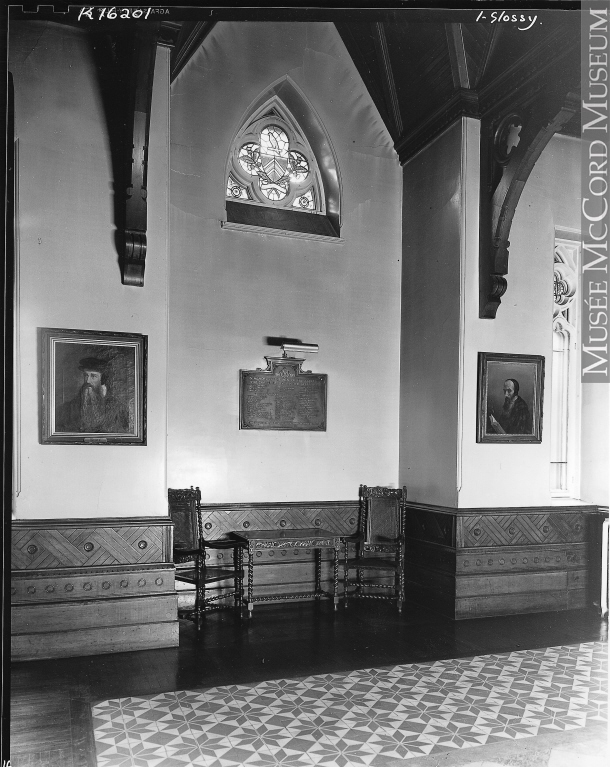