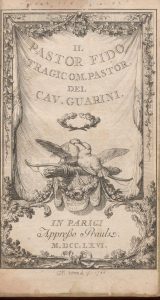 The philosopher’s library and its history has been reconstructed by the late McGill professor David Fate Norton and his wife Mary J. Norton in The David Hume Library (Edinburgh: Edinburgh Bibliographical Society in association with the National Library of Scotland, 1996). The Guarini volume appears in the Norton’s bibliography as entry #559. END_OF_DOCUMENT_TOKEN_TO_BE_REPLACED 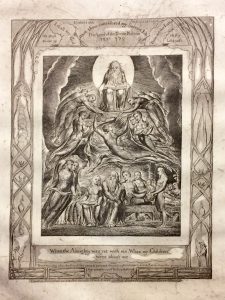 McGill’s Blake Collection was established in 1953 with a donation of some 250 items by Dr. Lawrence Lande (1906–1998), a major Canadian collector and bibliographer. It has grown to include more than a thousand monographs, facsimiles, engravings, drawings, and slides. Editions of Blake’s own literary works are here, as are copies of books in the editions owned or read by him. END_OF_DOCUMENT_TOKEN_TO_BE_REPLACED