Chester Beatty Digital Collections gives access to part of remarkable treasures that are housed at Chester Beatty library In Ireland. This collection is a database of digitized artworks and manuscripts from different part of the world and includes Persian, Islamic, Turkish and Arabic collection.  These invaluable collections of manuscripts was gathered by Sir Alfred Chester Beatty (1875-1968) one of the greatest collector of the twentieth century and a friend to Ireland. 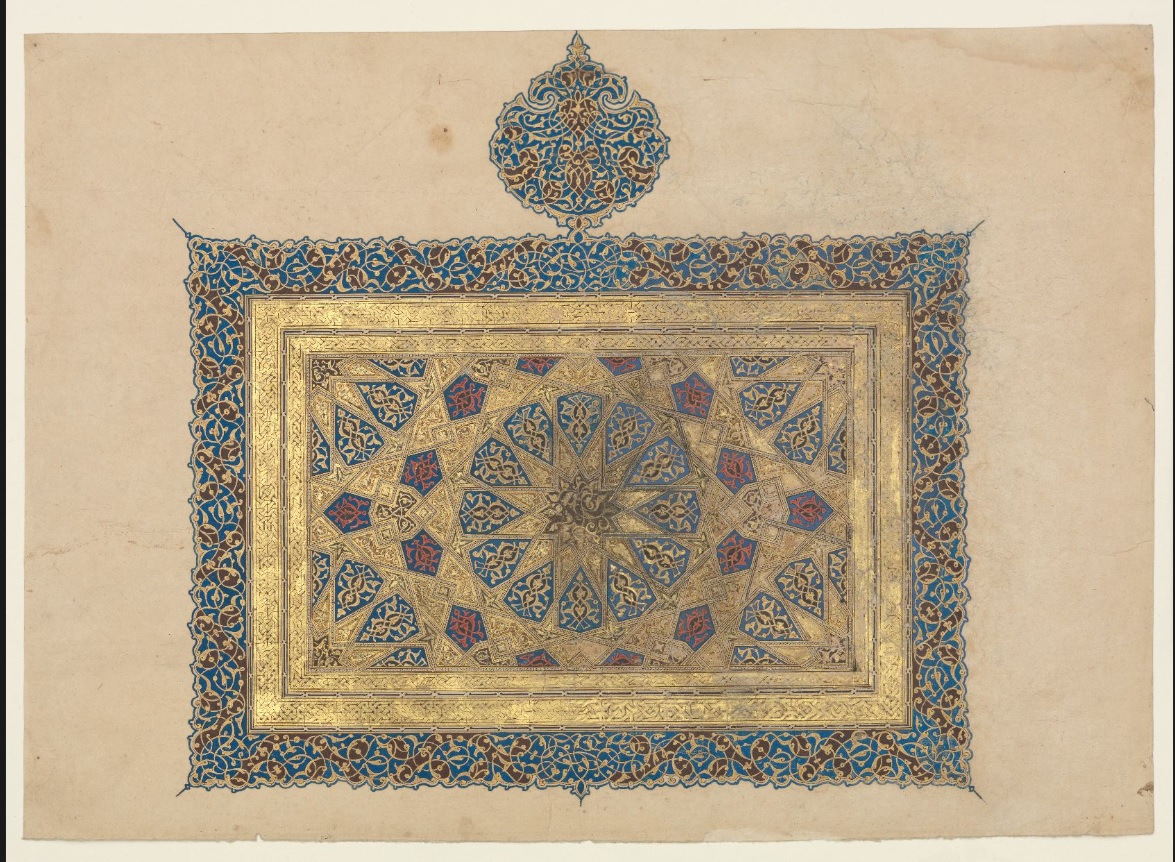 Opening folio from a Qur’an, illuminated by Muhammad ibn Aybak in Baghdad. This full-page illumination marks the beginning of a superb Qur’an volume produced in Baghdad. It is from a thirty-volume set, now dispersed in international collections or lost. Four of the known volumes contain the signature of the renowned illuminator Muhammad ibn Aybak ibn `Abdullah, who also recorded the date and that he was working “in the City of Peace, Baghdad”. From these inscriptions, Ibn Aybak’s work schedule becomes clear: he completed volume two in April 1303, ten in February 1305, and thirteen in October 1305, producing an illuminated volume approximately every three months. Folio from a Qur’an, colours and gold on paper, illuminated frontispiece panel with geometric design of central radiating star with quarter-stars repeated in the four corners, and hasp ornament on right margin, right half of a double-page composition, illumination by Muhammad ibn Aybak, opening folio from volume 25 of a 30-volume Qur’an (volume 25 codex is in Tehran Iran Bastan Museum, 3350),

Sir Alfred Chester Beatty was a young mining engineer in New York with huge interest in collecting European, Persian manuscripts, Chinese snuff bottles and Japanese netsuke. It was in 1914 and during a family trip to Egypt that the Islamic manuscript fascinated him so he expanded his collection to include rare books, richly illustrated material, fine bindings and calligraphy. Beatty’s exceptional collection developed over his life time, it comprises of remarkable Islamic, East Asian and biblical manuscripts, important Persian, Turkish, Armenian and Western European holdings as well as Burmese, Thai and Nepalese manuscripts, and is housed in the grounds of Dublin Castle. 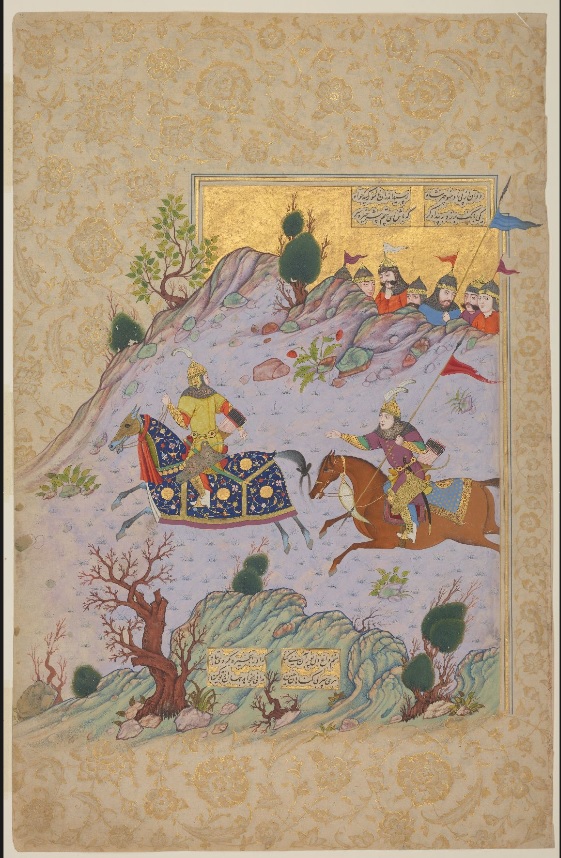 Manuchihr pursuing his father’s murderer Tur, from the Book of Kings (Shahnama) by Firdausi

“The Chester Beatty Library is a public charitable trust established under the will of the late Sir Alfred Chester Beatty, who left his Collections in the care of a Trust for the benefit of the Irish people.”

The Beatty’s collection is a great resource for scholars and researchers as well as a cultural attraction for visitors from Ireland and from all around the world, part of which is available online through digital collection.

In 2017, the Chester Beatty started digitizing its collection with the help of digital photographers and a team of museum experts. Each item of this collection has a catalogue record and an informative description to the item. The digital collection is a searchable database; however, it is a growing database therefore it is useful to visit it from time to time. 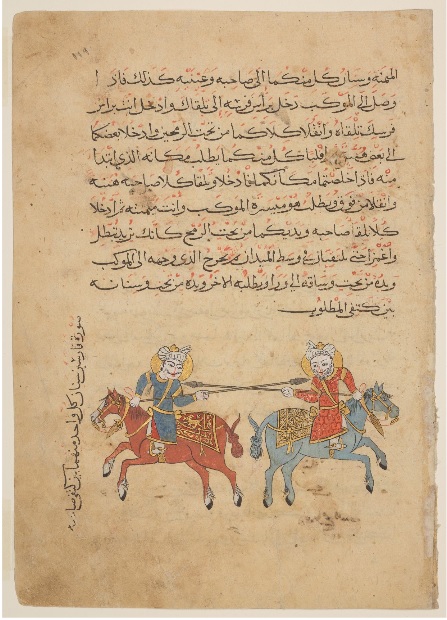