Hazine is a guide to finding information and resources for research purposes about Middle East and the Islamic world at large.

“In the Ottoman Empire, the hazine was the treasury, a storehouse in which courtiers found books to read, scribes deposited documents, and clerks stowed away precious objects that arrived from around the empire.”

Hazine as a storehouse of information, provides information about research resources, research centers, archives and libraries from all around the world for scholars who are researching the Middle East and the Islamic countries. Taking into consideration the numerous archives, libraries, research centers and publications, which are spread out all across the globe, it may not be easy for researchers knowing where to start their research. Therefore, Hazine hopes “researchers will use HAZİNE to acquaint themselves with these collections, large and small, and jump directly into the research.”

Hazine at the moment highlightes more resources and centres containing materials and information resources about Ottoman Empire, for example The National Archives of Japan was introduced as a valuable resource for scholars interested in Japan’s relationships with and growing interest in the Middle East and Ottoman Empire in the nineteenth and twentieth centuries. 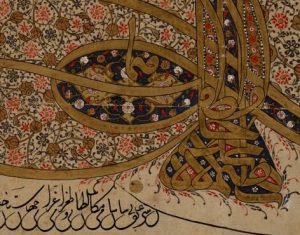 Moreover, it lists online archives like: The Venetian State Archives, that made available an important collection of Ottoman documents; Tahrir Documents which is a collection of pamphlets, newsletters, signs, poems, and other texts gathered in and around Tahrir Square in Cairo, Egypt, between March 2011 and May 2012; the last mentioned online archive is Women’s Worlds in Qajar Iran, a digital archive of materials related to the social and cultural history of Iran during the Qajar period. 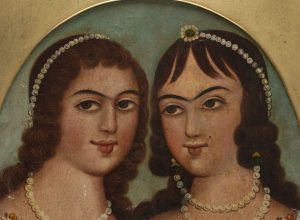 Two women in European dress from the Olga Davidson Collection

Furthermore, this guide provides a list of related archives and libraries according to their geographical location, that can be accessed here Archives and Libraries.