Digital Persian Archives project is an online archival image database containing thousands of public and private historical documents from Iran and Central Asia up to the 20th century. It includes royal decrees and orders, official correspondence, and shari’a court documents, such as contracts of sale and lease, vaqf deeds, marriage contracts, and court orders.

This project initially was launched in 2003 and by Department of Islamic Studies at the Albert-Ludwigs-Universität Freiburg and it was called Asnad.org. however, after years of progress and improvement by various departments, in 2019 it was moved to the University of Bamberg where it is under the supervision of the Chair of Iranian Studies.

The main goal of Digital Persian Archives project is to facilitate locating and accessing primary resources and archival material. Therefore, to do so virtual archive of Persian documents has been created as a searchable database. Materials can be searched by particular period or region, specific person, topic or location. 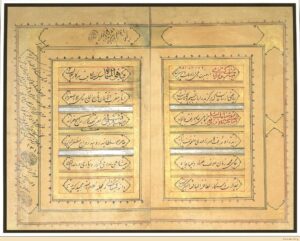 A wide range of documents have been included in this project from medieval and early modern periods up to 20th century of Iranian and Central Asian history, factoring in “the older, the more precious” and the quality and readability of the documents in selection criteria. However, as for the language and geographical scope of this project, Persian is rather representing a cultural characteristic than a rigid linguistic specification. The same way Persia was understood in its historical and geographical sense, therefore documents in other languages like Arabic were included, when the connection to Persian cultural influence was clear. Their geographical selection criteria were outlined as below:

“The same is true for the geographical range we seek to cover. The core areas are defined by the shifting historical boundaries of Iran, thus including at times regions such as Anatolia, the Caucasus and Middle Asia. Another criterion is the use of Persian as administrative language as in Central Asia or India, although the systematic integration of Indian documents is beyond the project’s scope.” (Selection criteria) 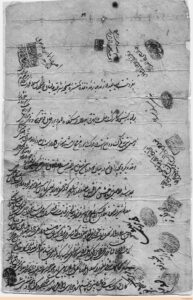