Sanduq el- Dunia [literally “the box of the world”, meaning “the box of life”] ** is an interactive website that acts as a gateway to Cairo where its historical and future developments are debated, discussed and dreamed about, and where the art technology revives different layers of the city’s history and memory. Sanduq el-Dunia offers an exceptional experience of Cairo’s history by digitally navigating its past also this digital platform allows public to build a dynamic connection to their heritage.
Sanduq el-Dunia enables users to preview and explore the existing database of images, as well as the opportunity to contribute to the database by uploading their own images. It contains images reflecting both ancient and modern Cairo.

The idea of creating Sanduq El-Dunia dates back to Egypt’s 25 January revolution in 2011. The images and stories from Tahrir Square formed the inspiration for this project with the idea that “culture is for all” and the objective to “democratize the production of a collective memory, history and knowledge”.

This project is presented on two platforms: 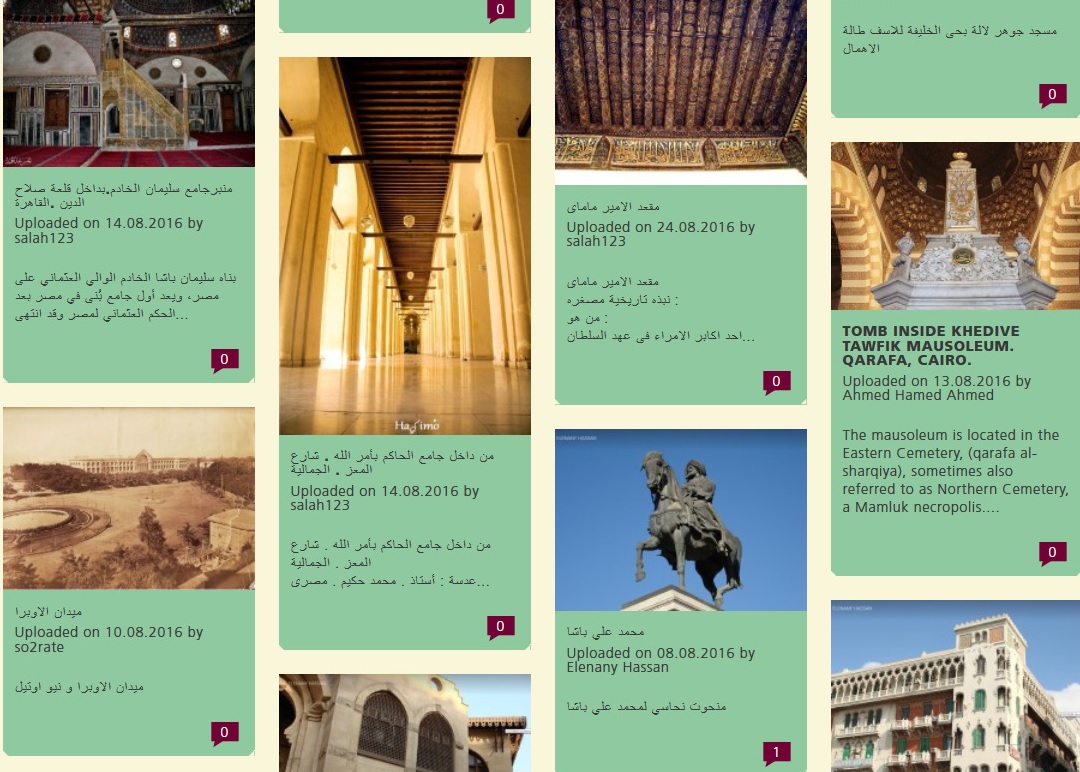 Two main collaborative partners in this project with Sanduq el-Dunia are the Danish Egyptian Dialogue Institute (DEDI) and the Commercial International Bank (CIB). DEDI is located in Cairo and is an intergovernmental body with the goal of promoting political and cultural understanding between Denmark and Egypt and between Europe and the Arab World; The Commercial International Bank (CIB) one of the leading private banks in Egypt.

The way that Sanduq el Dunia chose to approach the history and culture of the city is influenced by an award-winning project called the “Wall/ Næggen” produced by the Museum of Copenhagen with Gibson Group.

Below one can watch the Sanduq el- Dunia project in Copenhagen:

**Sanduq el-Dunia refers to a well-known form of play (story telling) in the Arab world-which was presented in days past yet continues until today- this form of play works with “schematized, visually abstracted figures, and partly improvised dialogues.” It is linked to an older theatrical performance called shadow play, which is usually being played during occasions, such as private celebrations or religious holidays in cafes. More information in this regard can be found in the following resources:

Haghani, Fakhri, “The “New Woman” on the Stage: The Making of a Gendered Public Sphere in Interwar Iran and Egypt.” Dissertation, Georgia State University, 2008. Link