Did you know that McGill Library has purchased the Adam Matthew Digital database Empire Online? This archive of primary source materials is a compilation of resources from the world’s major research libraries and archives, including the British Library, providing information on colonialism and imperialism spanning five centuries: from 1492 to 2007. 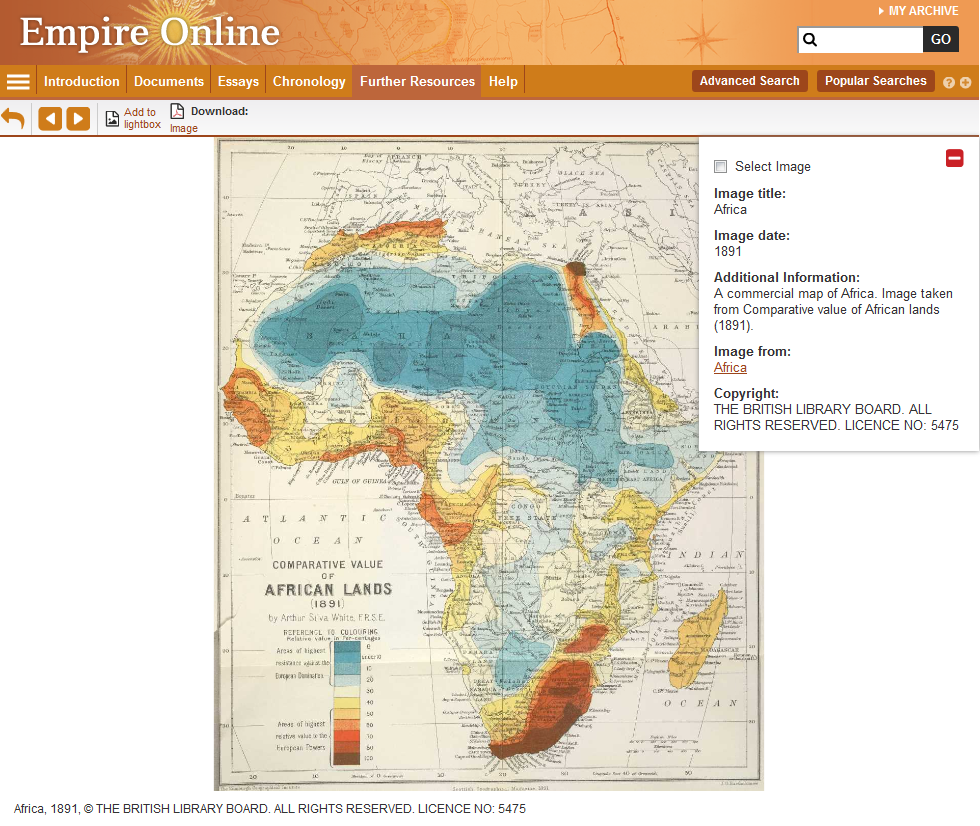 Do your research interests touch on the events or themes of the European colonial period? The 70,000 pages in Empire Online can be searched to locate source materials “charting the rise and fall of colonial empires from the explorations of Columbus and Captain Cook, the missionary movement and the exhibitions of the 19th century, to decolonisation in the second half of the 20th century and debates over American imperialism.” [1]

The database contains many different document types from exploration journals to letter-books, periodicals, government documents, missionary papers, travel writing, slave papers, memoirs, fiction and folk tales. The curators have provided content with a European and non-European perspective and all continents are covered. Each of the sections of the database can be searched together or separately. The database sections are:

Did you know that McGill scholars have contributed to this resource? Professor Elizabeth Elbourne, of McGill’s Department of History has written one of several thematic essays introducing and contextualizing the database content. In her essay “Religion and Empire, with special reference to South Africa and Canada”[2], Elbourne introduces the source material recording the work of the Church Missionary Society in southern Africa and in northern Canada. 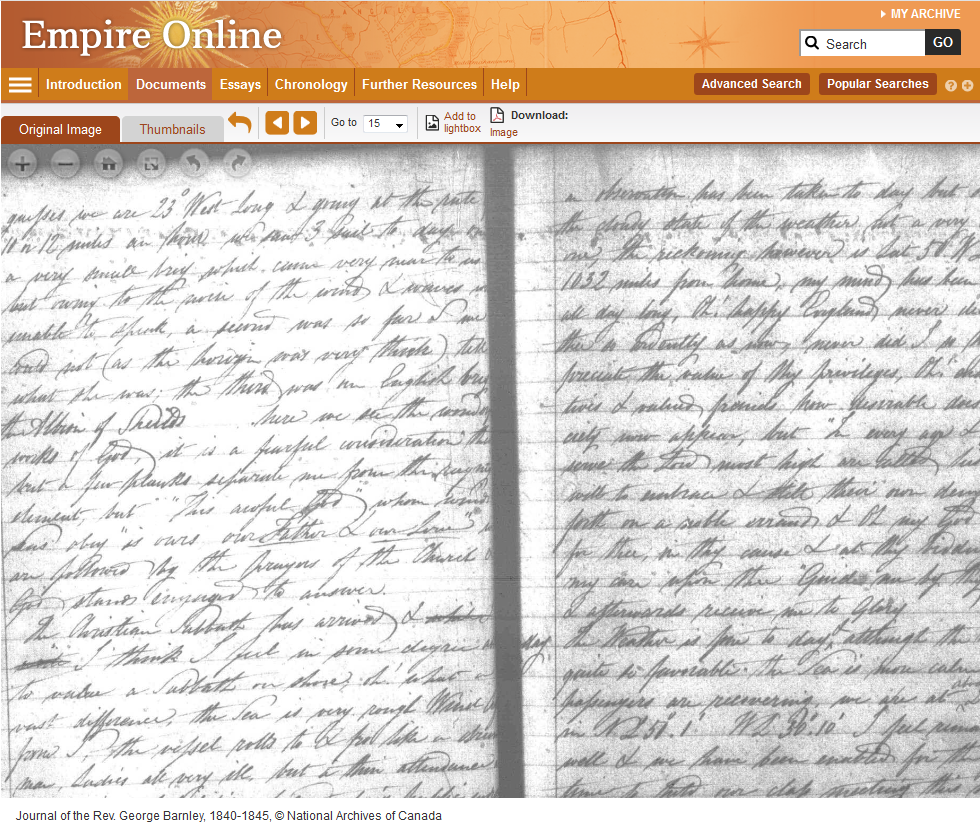 Included in the database are the journals of Rev. George Barnley, the first Christian Missionary Society envoy to do mission work in northern Quebec among the James Bay Cree, during the mid-nineteenth century. (Pictured above)

Would this resource be useful for your teaching next year? Your explorations of this rich database will uncover both manuscripts, images and printed materials. Take a tour  here: http://www.empire.amdigital.co.uk/Introduction/TakeATour. If you would like to incorporate Empire Online’s content into your course, McGill’s librarians can work with you to help make this a reality – just drop us a line.