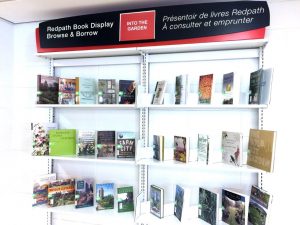 Ah, spring! Time to get your hands dirty messing about in the garden. Or, just to read about gardens – no one’s judging!  Either way, we’ve got you covered. This month’s book display features books to inspire and advise in the actual hands-on garden (how about Edible Estates: Attack on the Front Lawn, or Practical Botany for Gardeners); books about gardening (perhaps Envisioning the Garden: Line, Scale, Distance, Form, Color, and Meaning); city farms (Farm City: The Education of a City Farmer, or how about The Vertical Farm); and urban sustainability (Agriculture in Urban Planning, or The Art of Building a Garden City). 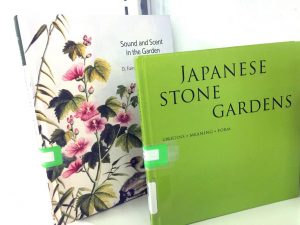 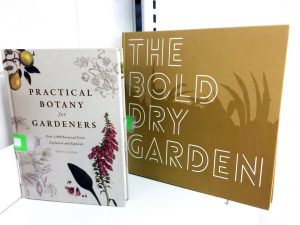 Or maybe you want to let your mind wander the garden without getting your hands dirty. We’ve got all kinds of options for you! Gardens literary (The Quest for Shakespeare’s Garden, maybe, or Garden Plots: Canadian Women Writers and Their Literary Gardens); historical (Working the Garden: American Writers and the Industrialization of Agriculture, or On Other Grounds: Landscape Gardening and Nationalism in Eighteenth Century England and France); and biographical (The Gardener of Versailles: My Life in the World’s Greatest Garden or Vita Sackville-West’s Garden Book). 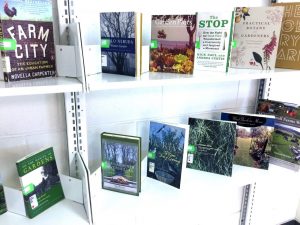 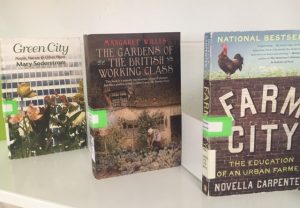 And there’s fiction and poetry, too! – we could go on and on! So drop by to borrow a book and then head out into the garden to read it. 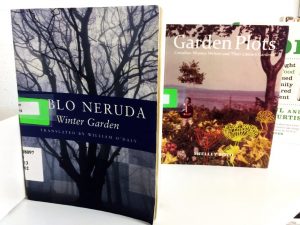 The MAP Project :“Montréal, l’avenir du passé” (Montréal, The Future of the Past)

When you need a break from your summer Montreal walkabouts, consider exploring from your armchair, the MAP Project website.

MAP is an open historical and geographic map portal which allows you to view what Montreal and Montrealers looked like at the turn of the 19th century. The site cross references Montreal maps made by C.E. Goad in 1881 and 1912, with information from the 1881 and 1901 Canadian censuses and layers on other microdata sets (tax rolls, Lovell’s Directories of Montreal businesses).

The site is designed to guide your exploration. Open Bird’s Eye View to view thematic maps for 1881 and 1901 and compare socioeconomic variables.

Interested in how Montrealers made a living or where most of the tavern owners lived? Looking for the Action lets you discover the spatial distribution of occupations and explore street clusters to see how Montreal has changed over time.

Passing Through superimposes the 1921 Goad atlas over a current Google street map. Find your home and see what was there in 1921.

The MAP Project began in 2000 and has involved many contributors. The project has been overseen by Robert Sweeny, a historian at Memorial University of Newfoundland, and Sherry Olson, a geographer at McGill University. Since 2015, the CIEQ has  developed the visualization techniques needed to bring the entire geobase online and the site is now one of many on Espace CIEQ .