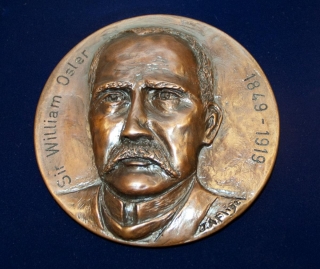 This year saw a tie for first place: Clare Forgarty for the essay “Sanitation, Sanity, and (Moral) Suitability: The History of the Medical Inadmissibility of Immigrants into Canada (1840s-1950s)” and André Lametti for the essay “Ars uero longa: Teaching Hippocrates in Medieval Italy”. They were presented with their Osler Library Board of Curators’ medals during the Osler Banquet hosted by the McGill Osler Society on November 1st. Second place was awarded to Philippe-Antoine Bilodeau for the essay “A Tale of Two Brains: Cortical Localization and the Neuron Doctrine in the 19th and 20th Century”. Philippe-Antoine presented his paper via Skype while doing his rural family medicine rotation in South Africa.

Thank you so much to all the students, mentors, judges, and sponsors who supported the contest. We look forward to next year’s presentations.