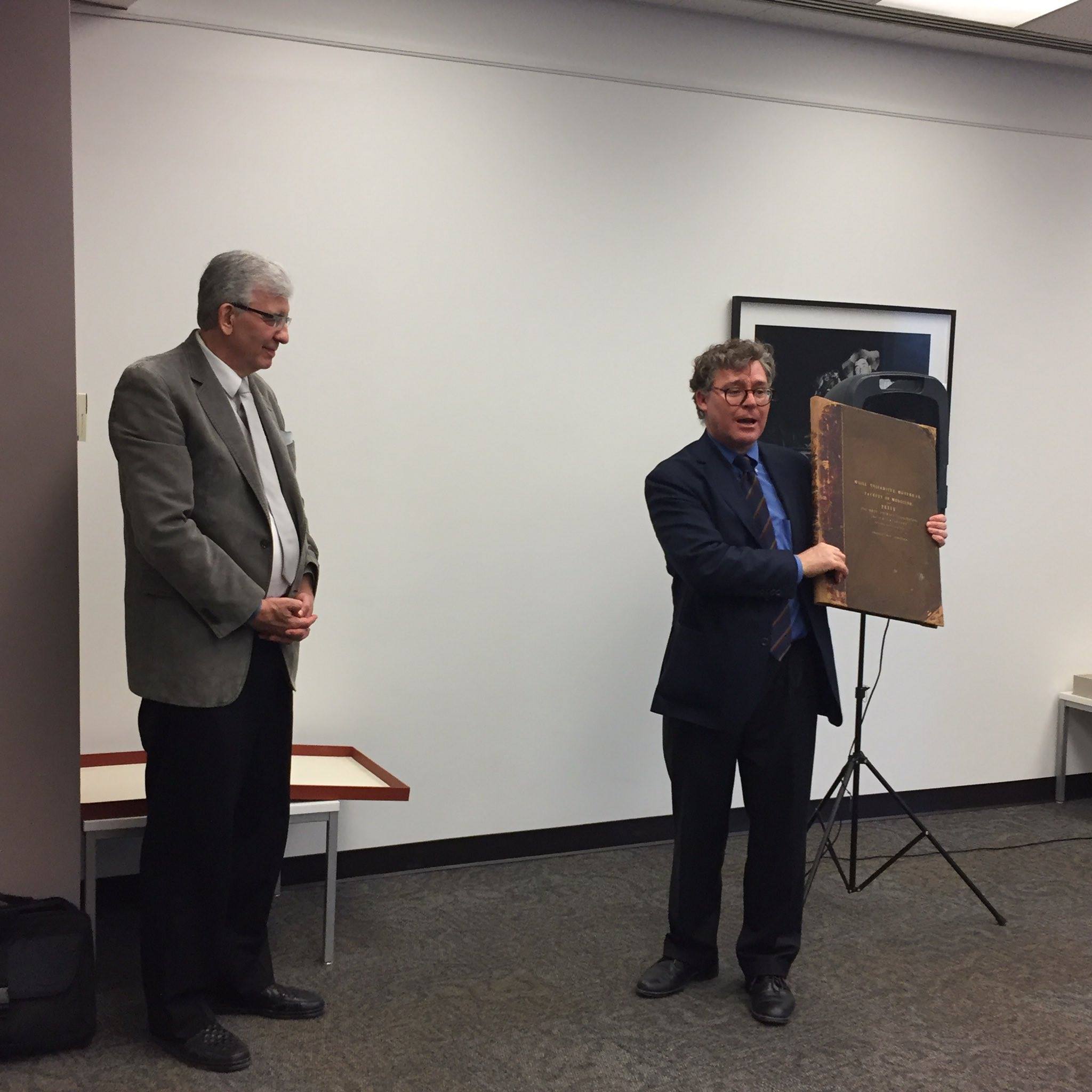 As a surprise precursor to Dr. Rolando Del Maestro’s neuro-oncology talk last week, Osler Librarian Christopher Lyons was presented with two rare books, recently restored in his honour, in recognition of his excellent stewardship of the Osler Library from 2012-2016.

The staff at the Osler Library, the Osler Board of Curators, and the McGill Osler Society, wish Chris the very best in his new appointment as Head of Rare Books & Special Collections at McGill – another unit of McGill ROAAr (Rare Books, Osler, Art, and Archives). 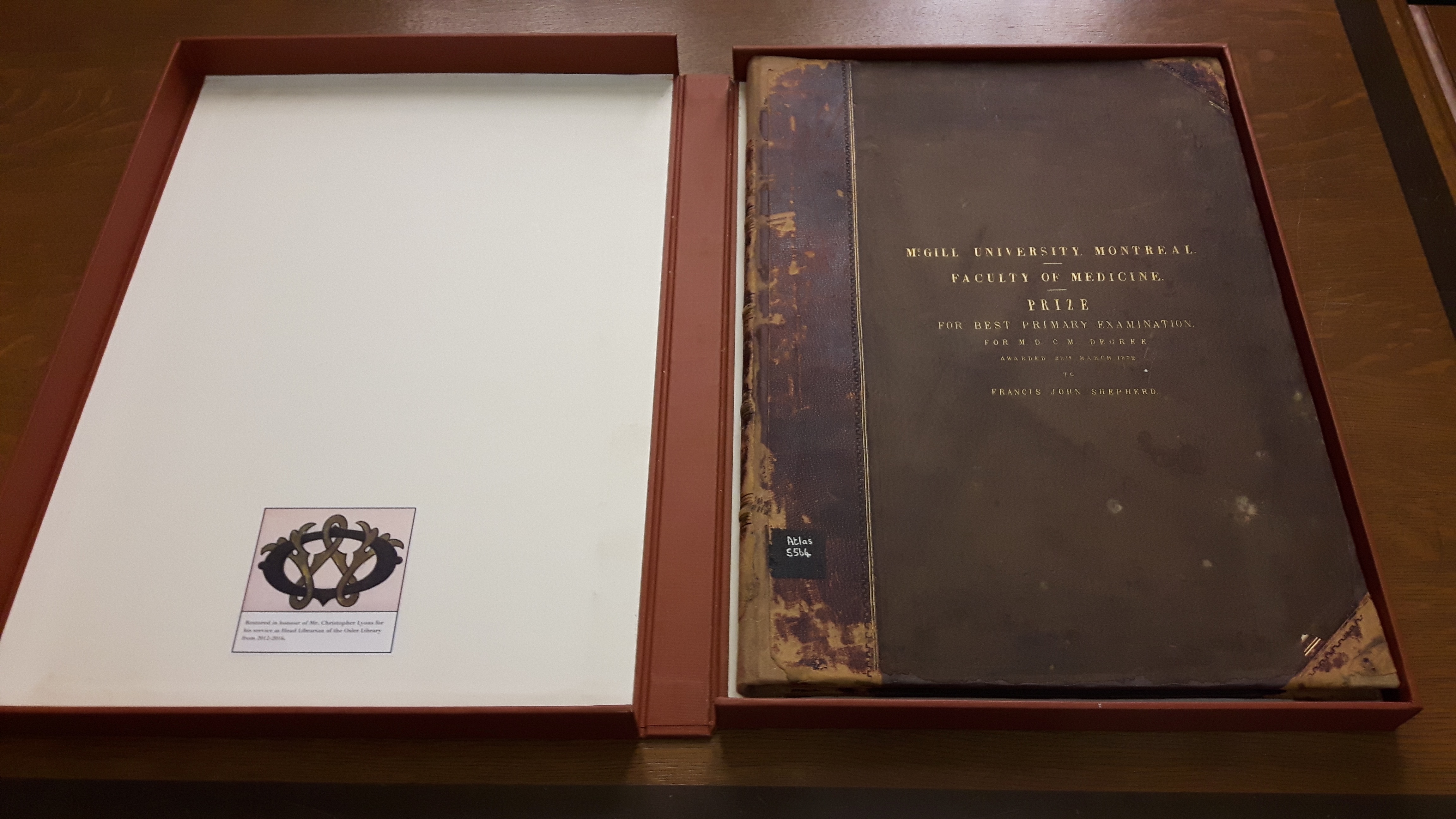 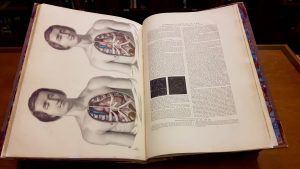 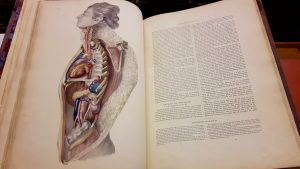 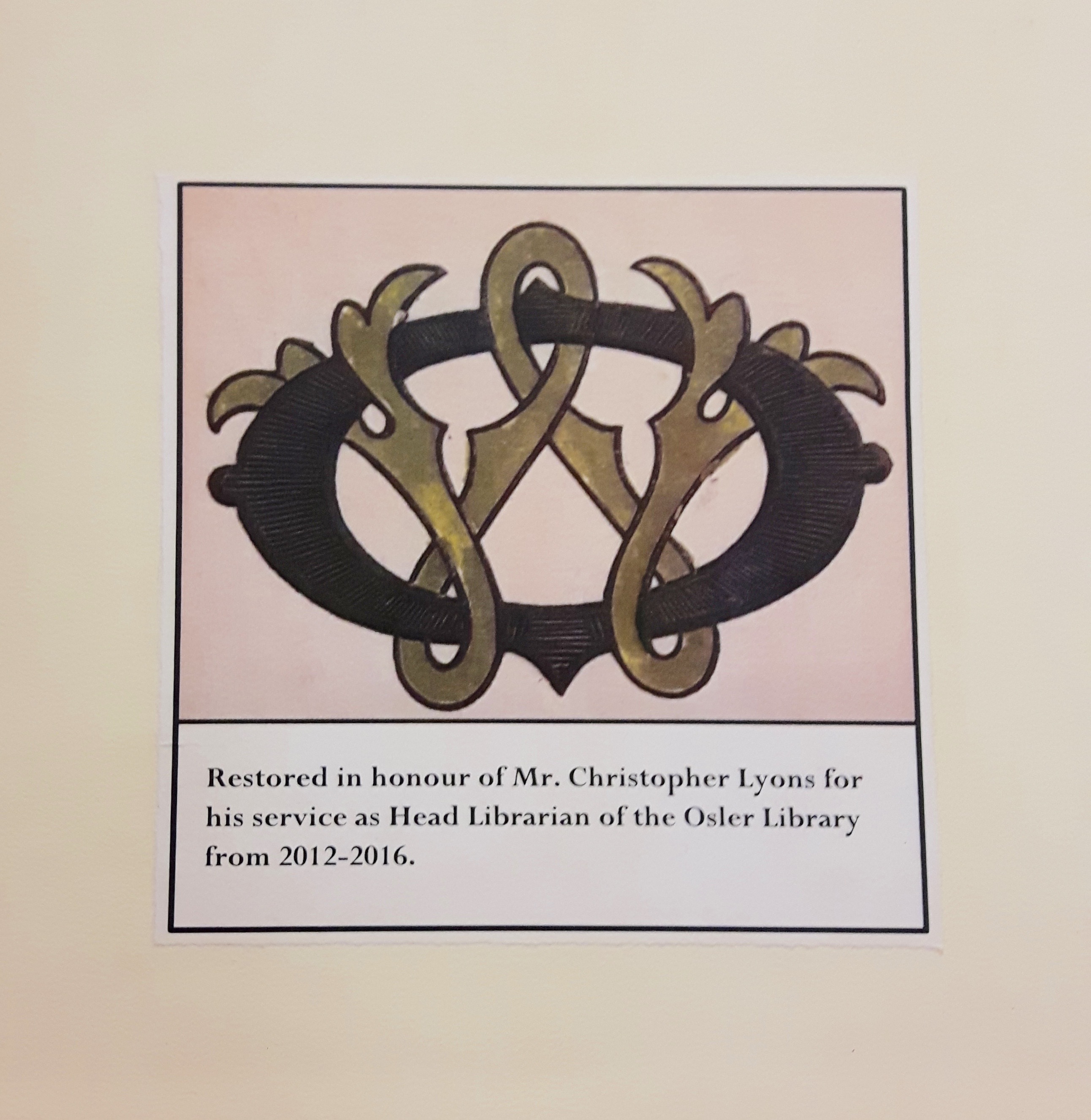 The restoration work was completed by Montreal conservator Terry Rutherford. In addition to work on the spines, leaves, and colour plates, both of these books are now housed in custom clamshell archival boxes, with an ornate ‘W.O.’ inscription to Christopher Lyons.

The Sibson atlas (above) has prize binding, with gilt lettering, from 1872 when it was awarded to McGill medical student Francis John Shepherd for the best primary examination for M.D.C.M. degree. Shepherd (1851-1929) is known as one of McGill’s ‘Medical Luminaries’, a highly-regarded anatomist, surgeon, dermatologist, and Dean of the McGill Medical Faculty from 1908-1914. Shepherd was also a prominent Canadian art historian and critic, who served as President of the Montreal Art Association (predecessor of the Montreal Museum of Fine Arts).

This presentation copy of Sir William Osler’s The Principles and Practice of Medicine (below) once belonged to Dr. Thomas McCrae (1870-1935), brother of “In Flanders Fields” author John McCrae (1872-1918). Dr. T. McCrae was a close friend and colleague of William Osler at John Hopkins Medical School in Baltimore. 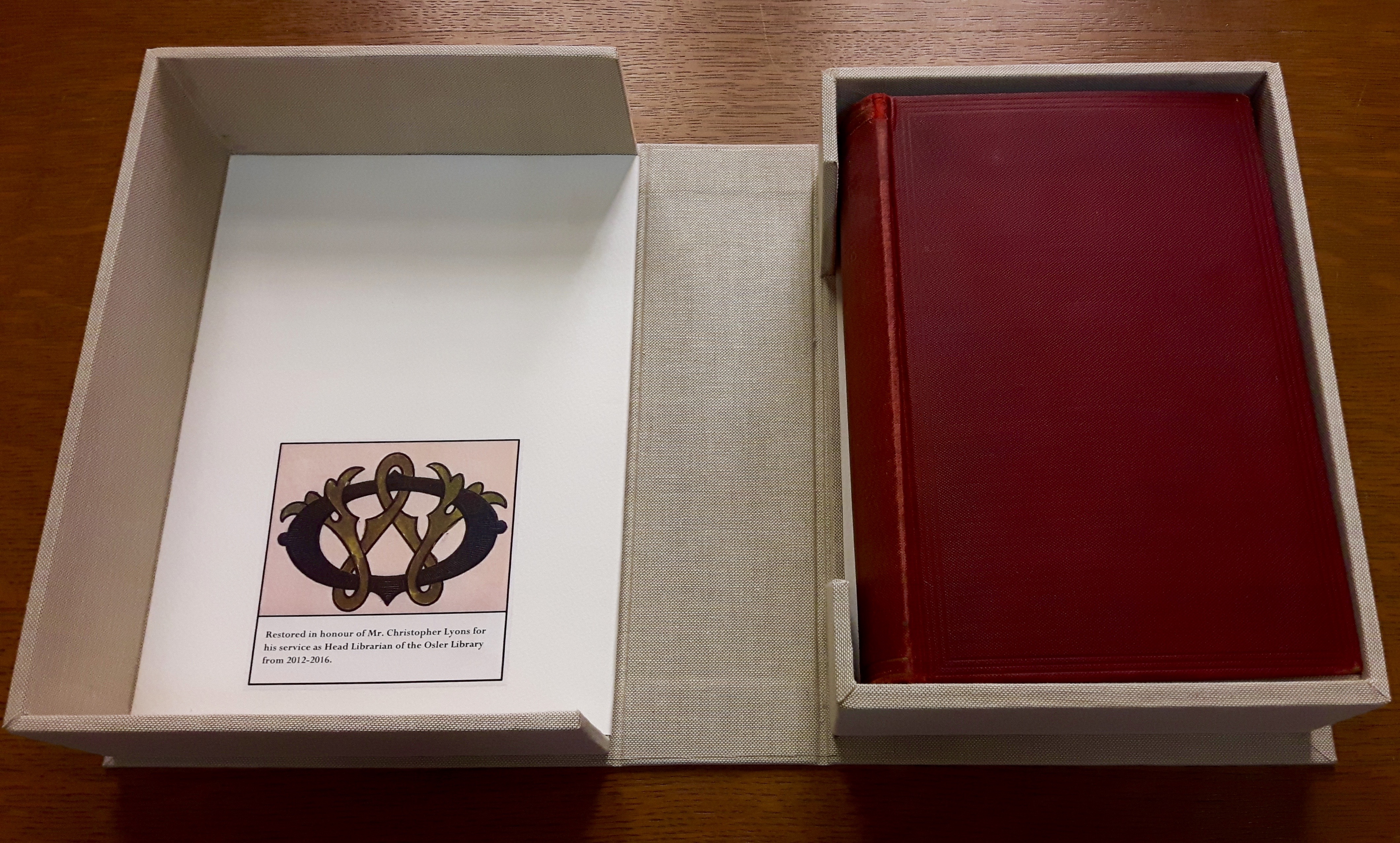 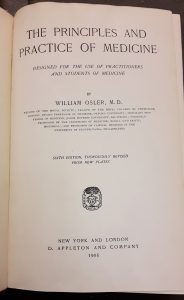 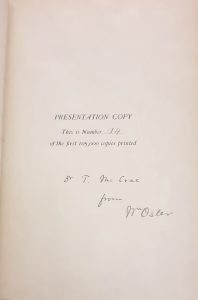 Interested in rare book restoration and conservation in honour of someone you know? Want to learn more about the Osler Library’s “Adopt-a-Book” Programme? Email osler.library@mcgill.ca for more information.