Please join us for a Curator’s Talk and Wine & Cheese Reception for the the current exhibition at the Osler Library, Sanitizing Style: Germ Theory and Fashion at the Turn of the Century. 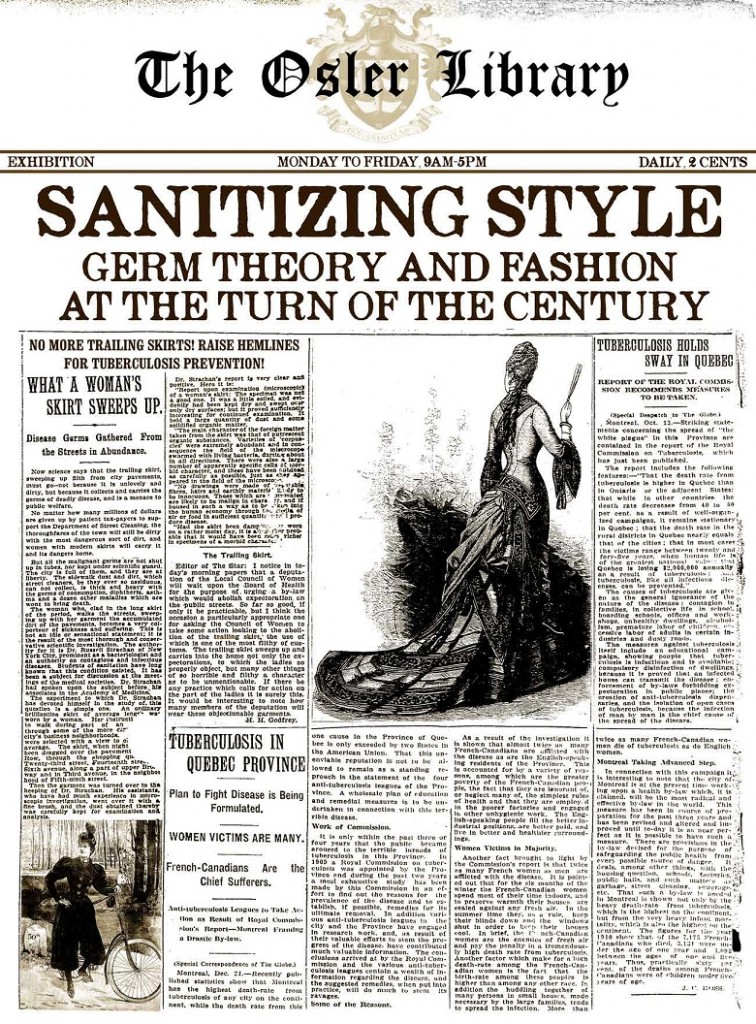