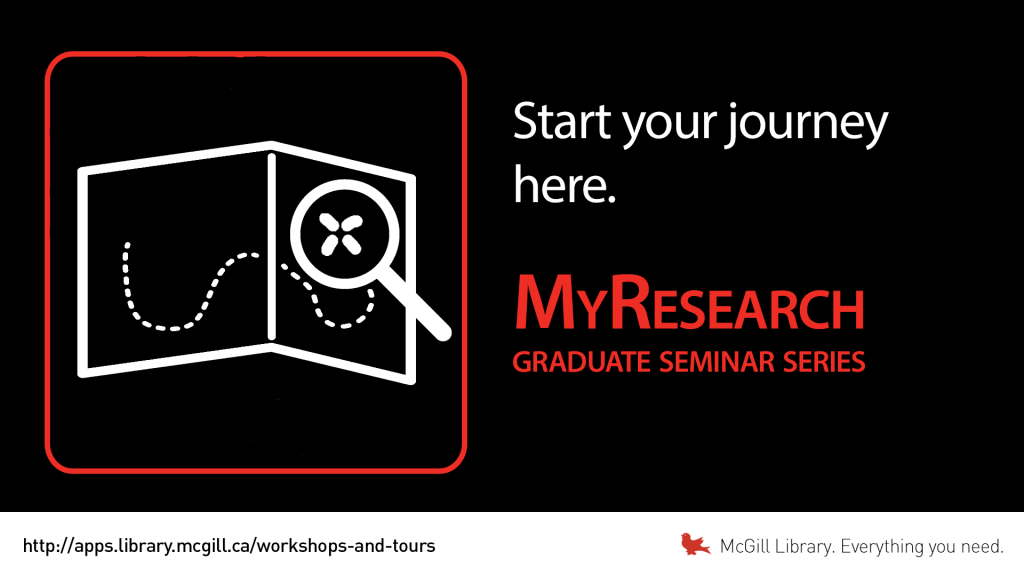 As a librarian, it is really rewarding to facilitate the MyResearch seminar series. It is true that we take advantage of the face-to-face time to impart a lot of what we know about the rapidly changing world of information and scholarly publishing. However, it also gives us the opportunity to learn more about graduate research projects, and watch the inevitable skills swapping that takes place among students.

The number one comment that we get after each of the four-part series comes to an end is something like, “I wish I had known all of this when I first started.” Luckily, it is never too late to learn in life, and these skills in particular will serve you well past graduation.

Sign up for MyResearch today and join fellow students and librarians this February.

I look forward to seeing you there!

The Fall 2016 Excellence in Written Communication Award goes to Brittany Stott for “Controlling myoelectric-prosthetics through the use of nerves and muscles.”

The accomplishment comes with a monetary prize of $500 from the Faculty of Engineering.

The CCOM 206: Communication in Engineering Writing Recognition Committee found the paper to be very clearly written and well organized, and noted the exemplary use of figures and a table.

The abstract is pasted below but you can download the full paper from the record in eScholarship, McGill’s digital repository.

People who are fitted with prosthetics due to the loss of a limb may have difficulty performing simple daily tasks that may be taken for granted, such as tying shoe laces or opening a jar. The prosthetics used today are often rigid, inflexible, bulky molds that are standardized and have minimal degrees of freedom. The development of myoelectric-controlled prosthetics has greatly facilitated the performance of daily tasks by the user, although the best method for controlling these prosthetics is still to be determined. This paper compares and discusses three major advancements in prosthetic control electrode arrays, osseointegration, and targeted muscle reinnervation by examining stability, accuracy, and movability of the user controlling the prosthetic. It is determined that the most beneficial solution for the user would be the implementation of osseointegration and targeted muscle reinnervation combined. This combination would allow the creation of a prosthetic that would increase the accuracy and stability of the artificial limb, and that would provide a more permanent and long-term solution. In addition, the creation of a myoelectric-controlled prosthetic that incorporates these two methods would allow for further research and would increase the stability, accuracy, and movability of the user.