One of the main reasons I love working at McGill is the opportunity to interact with amazing students and staff who are doing exciting projects that could potentially change the world. The 99 McGill and Concordia student, staff, and alumni members of Team Montreal are currently part of one such endeavor. They are building a net zero energy home, a prototype that could revolutionize how we live in the future since the technological design features of this house enable it to create as much energy as the house dwellers consume. They have all kinds of sponsors including their lead presenting sponsor, Hydro Quebec, who sees this project as an opportunity for them to become a main player in technologies related to intelligent and sustainable home design. Hydro Quebec’s vice-president of client services, Eric Filion, sees this project as a way for them to learn more about innovative technologies and actually test them out.

Not only is Team Montreal building a house that could change for the better the way we live, they are also out to win the Solar Decathlon China 2018 competition currently taking place in China, where, as the only team from Canada, they are competing against 21 other teams from around the world. Once the competition is over, most houses will remain on public display either in China or elsewhere. Team members say there are plans to build other houses in Montreal using the same design.

What is particularly cool about the Team Montreal design is the way it takes the traditional row housing style of architecture so predominant in Montreal and creates something new, incorporating Asian-style features such as an open-air courtyard, and innovative technologies that enhance the house’s sustainability. For a sneak peek of how the house will look upon completion, check out the 3-minute video here (part-way down the page on the right-hand side).

I had heard about the project a few months back and was thrilled to be contacted in April by one of the team members who was asking for help. They wanted to have books on architecture and engineering to add to the house’s built-in bookshelves. The books could show signs of use since they wanted to give the house a lived-in feel. I was so happy to be able to support this fantastic project. Right away, I contacted my engineering librarian counterpart at Concordia, Joshua Chalifour to see if he could help out. Joshua had a number of engineering books that were going to be discarding due to them being so well-used and they had purchased replacement copies already. He willingly lugged a bunch of them over by foot from Concordia for me to add to the pile. So along with the books Joshua brought over, we had a combination of items from Schulich Library that were donations we already had in our collection, items that we were going to discard because we had duplicate copies or newer editions, and some old engineering trade magazines from my personal collection.

It was very exciting to correspond and meet with team members Kim Chayer and Thierry Syriani. Their enthusiasm for this project is certainly contagious! When they came to see the books, they were really happy to take everything! The books went out in two shipments, with the pre-fabricated house materials in big crates, the 1st shipment being in April and the 2nd one in June.

How can you help? You can support the team by liking and following them on Facebook or by following their diary where, as I write, they are in the home stretch of needing to assemble the house within the next few days. They are battling hot weather, challenges associated with pre-fabrication construction, heavy rain, and typhoon threats in order to complete the house on time. You can also support them by making a donation.

Go Team Montreal! Who knows, some of the engineering books you may have used in courses taught at McGill and Concordia might be lining the shelves of this year’s prize-winning house of the Solar Decathlon China competition! 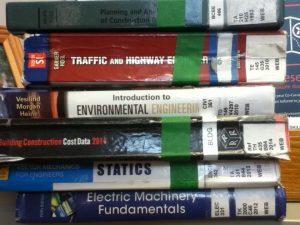 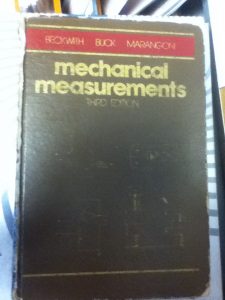 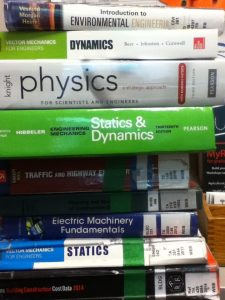 I would like to introduce a new student blogger to the Turret. Her name is Aleiah and she is a student in “CCOM 206 – Communication in Engineering” at McGill this semester. The course gives students an opportunity to develop their writing skills through various types of writing including a research paper, a cover letter, and a business proposal. She is a 3rd year student in Mechanical Engineering who is interested in aerospace and wants to works in aircraft design. She is originally from Winnipeg. Welcome to the Turret Aleiah! We look forward to having your perspective as a McGill engineering student added to the blog! Starting undergraduate studies is definitely one of the biggest transitions in anyone’s life. This gets even more significant when you come from a different country. As an international student, I faced a lot of changes as well. The biggest being to stay alone – away from your family. Change is life’s biggest truth, regardless of whether one accepts it or not. But one can only take a certain amount of change at a time.

Change is life’s biggest truth, regardless of whether one accepts it or not.

I arrived at Montreal two days after the beginning of the semester. As with many other international students, I had some delays in getting my visa. Luckily I had my uncle over here with whom I stayed for the first week. I was overwhelmed by the sight, when he dropped me off at the Roddick Gates for the first time. I could see the McGill flag flying at the top of the arts building. I had a feeling that I came to the right place.

Things started to move on pretty fast afterwards. Honestly, you don’t have much time to fit in at McGill. The professors go into full gear, assignments keep on piling up and exams start to knock on your door sooner than you even realize. It’s good in a way that you don’t have time to sit and feel bad for being away from your family. Well, I never did. Friends, in this case are a crucial element. It’s always nice to have people who are in your shoes. We supported each other in our bad times, shared our happiness and learned to overcome obstacles together. This really makes the transition much smoother than one can imagine.

It has been one semester now. In fact, it’s almost the end of my second semester. When I think of the first days, it feels like as if it was just yesterday! I can see myself to be quite a changed person. I can live independently. Never thought of that before; can’t believe it even now. It’s the beginning of a new life. And yes, I accepted the change.

I am pleased to introduce Mushfique, the Turret’s newest blogger.  He joins some of his fellow students from this semester’s Communication in Engineering course in contributing to the blog about his experiences as a new student at McGill.  Mushfique is an electrical engineering student from Dhaka, Bangladesh who will be staying on in Montreal this summer to take part in McGill’s Summer Undergraduate Research in Engineering.  Welcome to the Turret Mushfique!  We look forward to hearing about your experiences as an international student in engineering. s April announced, this semester, the Turret will have a few new bloggers from the CCOM-206 class. The next new blogger I would like to welcome is Grace. She travelled from a small town in Alaska to Montreal. She will soon share with us her experience about this transition.

Associate Professor Bradley Siwick, a Canada Research Chair in Ultrafast Science, delivered a Cutting Edge Lecture in Science in January (I’m falling behind on my posts!): Lights, action, camera – Making movies of molecules and materials. I have a background in microbiology so I was keen to hear about some of the tools and techniques that he has been using in his lab.

During his talk he pointed out how the 20th century was all about the development of new tools, like the electron microscope (one of the greatest Canadian inventions, as voted on by CBC watchers, just six spots behind the poutine). In the 21st century we can expect to see scientists pushing the limits of these tools. His research is taking a novel approach to electron microscopy, using femtosecond lasers to produce ultrashort/ultrafast pulses.

I highly recommend attending one of the upcoming lectures as well, if you get the chance.

The Turret is going to see a few new bloggers this semester, undergraduate students taking the Communication in Engineering course here at McGill. To kick this off, it is my great pleasure to welcome Pauline (and her little brother).

We are all looking forward to hearing what Pauline will share with us on The Turret (no pressure!).

Would you like a scientific blast from the past?  The Pacific Science Center in Seattle posts a monthly list of scientific facts for each day of the month called the Calendar of Science.  On this day, 124 years ago, Vladimir Zworykin was born.  He was the engineer “who invented the type of cathode-ray picture tube used in TV sets [and] computer monitors.” Check out the Calendar of Science to find out what happened on tomorrow’s date. We would like to welcome Umma Tamima as a new student blogger to the Turret. Umma is a PhD student in Civil Engineering and Applied Mechanics whose research interests include natural hazard and disaster management planning. She also works for the McGill Library as a Graduate Student Facilitator for the MyResearch Graduate Seminar Series . Welcome Umma! We look forward to lots of posts on student life and your research in Civil Engineering at McGill.

Let me also take a moment to introduce myself as another new blogger to the Turret. My name is Tara Mawhinney and I have recently returned from maternity leave to resume my duties as Liaison Librarian for Mechanical Engineering, Civil Engineering and Atmospheric and Oceanic Sciences at Schulich Library. Glad to be back!