Next week is Science Literacy Week!

It is a week when we get together across the country to share our love of science, and at McGill Library we have a wonderful virtual program to share with you.

But wait, there’s more! We have lots of ‘science at play‘ resources for you. Follow us on Facebook and Twitter for daily colouring pages and puzzles made with images from items in our Rare & Special Collections. Or how about a scavenger hunt? Take photos of any of the items on this list during Science Literacy Week and tag both #SciLit and @McGillLib on social media.

You will also find 360 videos and DIY viewer information on our guide.

Still more! Homecoming and Redpath Museum has their own lineup of virtual events. We have added them to our online calendar so be sure to check them out.

This year, Science Literacy Week will keep you moving. Beginning September 16, there are tours lined up, a game-based session around data management, a hands-on Excel workshop, interactive sound demonstrations, and exhibits to explore.

Here is the daily rundown of downtown activities organized by the Library:

Wednesday, (Sept 18): Sounds in the City + Treasures from the History of Science in Rare Books and Special Collections

Thursday, (Sept 19): Tour of the Steinberg Centre for Simulation and Interactive Learning + Discover the cure! An introduction to the fundamentals of data management

Friday, (Sept 20): Chart Making in Excel: Going Further by Telling a Story with your Data

Register for an event today!

We also have exhibits going on so don’t miss out on those. You will get the opportunity to test out your map literacy in the Redpath Library Building, and check out a science book in person or online. 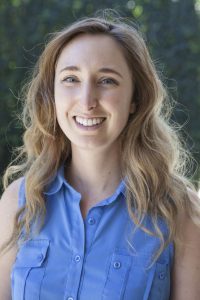 In the twenty years that followed, Clark had a few changes of heart. When she began her undergraduate degree at McGill University in 2011, she was enrolled with a major in Anthropology. But after sitting through a few convoluted lectures in an introductory anthropology course, she realized the program wasn’t the right fit for her. One meeting with an academic advisor later, she settled on a major in Geography, and swiftly fell in love with it. Upon graduating in 2015, she swiftly enrolled in a Master’s Program in Epidemiology at McGill, which she is completing now. All the while, Clark continued to read National Geographic religiously. END_OF_DOCUMENT_TOKEN_TO_BE_REPLACED

I had never really considered the deforestation involved in carving out the Canada / U.S. border. It is a long (8,800 km) deforested wonky line.

National Geographic has a digital exhibition of women explorers in the 19th and early 20th century. These women overcame extraordinary challenges and recorded their names in the history. To read more, click on here. Have you finished your exams and are you planning your summer trips? If so, you will probably find this article useful. National Geographic recently created a list of 100 most appealing adventure places in the States where you might be able to enjoy your favorite activities in pure nature.

If you decide to visit several places on one trip, you may draw your itinerary using this interactive map.

If you cannot go to any of these sites this summer,  you can at least play fun puzzles by creating one of these famous natural beauties. April is a busy month when you are wrapping up your studies and planning your summer activities. For those of you who are preparing for a job interview in the GIS field, I would like to share the following tips from GIS Lounge.

For details of these tips, please read here.

As humans, we all need water. The ecosystems of Earth need water too. Unfortunately, many rivers run dry from overuse. If you don’t want to see this happen, one of the things you can do is to save the water that you consume every day. Here are some tips. You can also take the pledge at Change the Course to help restore the Colorado River. Every pledge will return 1,000 gallons to this river.

If you are interested in learning more about freshwater and why it is so important to the world, I would recommend National Geographic’s Freshwater 101 to start your research.

Inspired by those heart-shaped earth’s topographic features (see my last week’s blog), I had a deep search online and found more beauties. They are islands, planned cities, and agricultural landscapes seen from space.

If you are interested in viewing more amazing images about the planet that we live on, NASA’s Earth Observatory is worth a visit.

While you are going to celebrate your Valentine’s day, are you interested in viewing a series of nature created, heart shaped topography: islands, lakes, coral reefs, and vegetation?