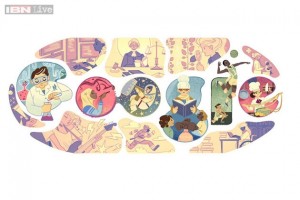 Google has started this site, Helpouts, connecting people who need one-on-one help with people who can offer it. Some of them cost money but many are free. Here are the broad categories: Art & Music, Computers & Electronics, Cooking, Education & Careers, Fashion & Beauty, Fitness & Nutrition, Health, Home & Garden. You can even sign up and offer your own face-to-face Helpouts and schedule appointments to teach others what you know. Of course, if you’d like to schedule an online appointment with a science and engineering librarian at Schulich Library we’d be happy to set up a date and time.

The “Cited by” option in Google Scholar now includes a link to citations in Web of Science. Take a look under the reference to the article in this screen shot. Google found 7289 citations from all sorts of items on the web, but also links to the 701 citing articles in the multidisciplinary database, Web of Science. I was using Google Scholar today to send references over to EndNote but this is a nice new feature that I will be sure to explore further. Last April I visited the Wizarding World of Harry Potter at Universal in Orlando. I have to admit, it was pretty neat. Now, thanks to Google and Warner Brothers Studios in Hertfordshire, everyone is welcome to Diagon Alley on Google Maps. How cool is this for Harry Potter fans?

If you have ever thought about making your own custom maps take some time to explore Google Maps and Google Earth tutorials. That is, after you have spent some time exploring the virtual exhibits in Diagon Alley. Just drag the street view symbol (little person) onto the map and away you go!

We have blogged in the past about metrics for measuring impact, such as the well known Journal Impact Factor, and more recently Altmetric, so I thought that I would bring your attention to Google’s lists of top publications. As part of the Google Scholar Metrics offerings they have rankings of the top 100 publications in several languages.

Google has added categories and subcategories for the English language rankings, so now you can look up the top publications in, for example, Geophysics in the Physics & Mathematics category, or Robotics in the Engineering & Computer Science Category.

The usual suspects are there in the list, like Science, Cell, Nature, Physical Review Letters, but you may find some interesting results. How amazing is it that arXiv (open access e-prints in physics, mathematics, computer science) is frequently listed by the separate subject areas? Here is a 3D drawing tool that surprised me by being extremely easy to use, not to mention free to download. SketchUp is one of the geo line of products that was offered by Google but was sold last year to Trimble.

I followed the new to SketchUp video tutorials to build this snazzy house. That is me outside trying to look cool because, as per usual, I can’t find my keys.

The Google Search Education site has info for teachers who would like to impart Google search skills, especially useful for finding factual information and contributing to lifelong learning. For example, there are lesson plans with classroom challenges, such as A Google A Day Challenges in different categories.

I like this science challenge: While quietly standing at sea level, you are suddenly whacked on the ankle with a guitar. Did you hear it or feel it first? (view challenge)

The site isn’t just for teachers, however. You could also learn how to become a power searcher, which couldn’t hurt. Take a look at this handy printable Power Searching Quick Guide.

I found this brief video, which clearly explains why Googling your topic is not enough when you need to do research for a paper: