Published quarterly (Spring 2017 next), the ROAAr newsletter features four articles that showcase and discuss unique treasures of each rare unit.

History is on every shelf at the Osler Library of the History of Medicine. Located on the third floor of McGill’s McIntyre Medical Building, the Osler houses Canada’s finest treasure trove of rare medical books, artifacts and archives. What began as a home for Sir William Osler’s personal library of 8,000 rare and historic works has grown to more than 100,000 titles that trace the beginnings of medicine in Canada and abroad to the present day. 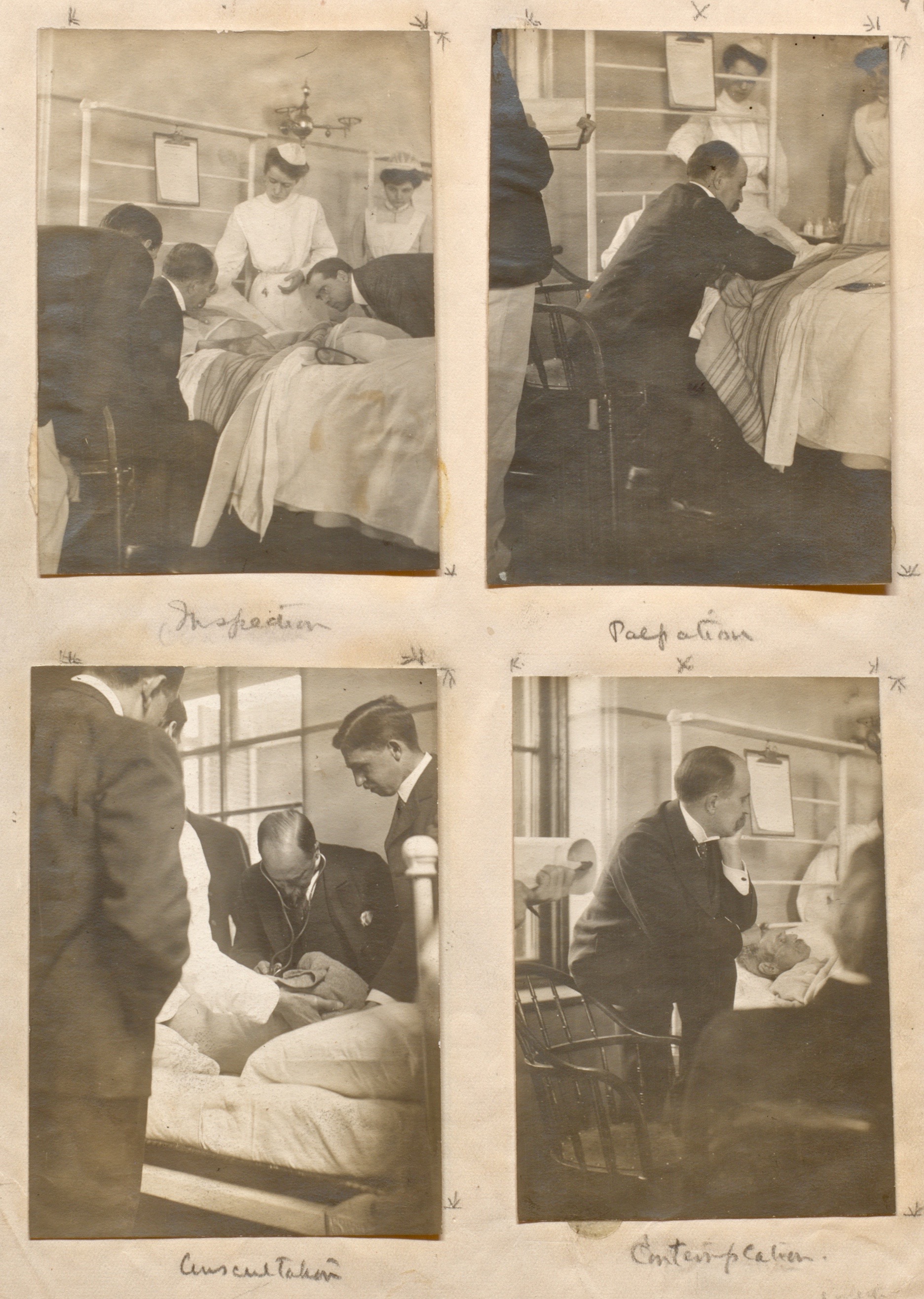 These rare collections have made the Osler a premier destination for students, researchers and bibliophiles from across Canada and around the world. This fall, the Osler played host to a visiting group from the Grolier Club – the oldest existing bibliophilic club in North America. Osler Librarian Chris Lyons led the distinguished guests on a tour through silent sanctuaries in the Wellcome Camera and the Osler Room, and gave them a hands-on look at many of the unique medical and historical gems within the Osler collection, such as a 1698 first edition of William Cowper’s Anatomy of Humane Bodies. 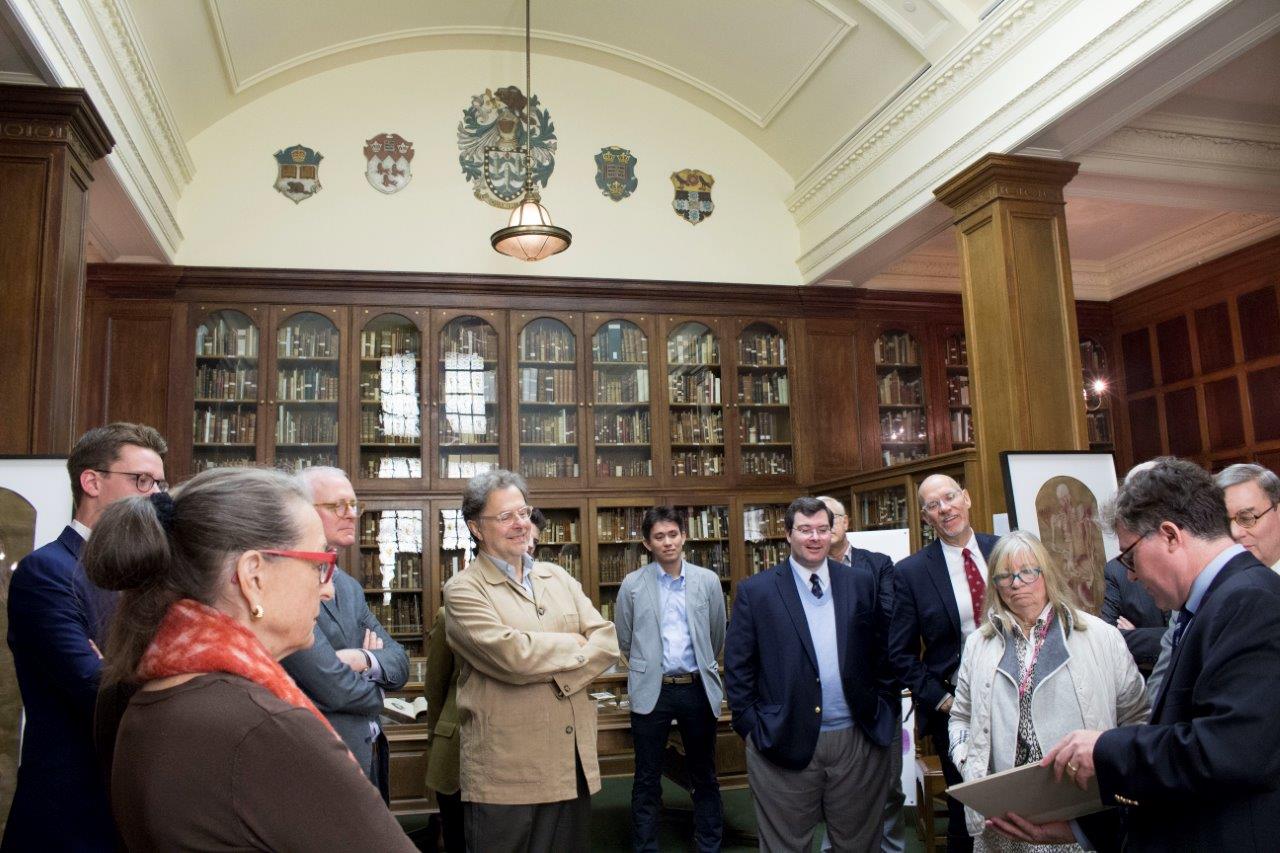 The Grolier Club visits the Osler Library of the History of Medicine, 2016. Photo credit: Lauren Goldman

Capping off their trip, the eager Grolier Club members were treated to guided tours and presentations by the three other units under the McGill Library’s new ROAAr (Rare Books & Special Collections, Osler, Art, and Archives) umbrella.

To the delight of the guests, the Head of Rare Books Richard Virr showcased some of the Library’s oldest and most unique treasures, University Archivist Lori Podolsky helped them delve deep into McGill’s nearly 200-year history, and Coordinator Vanessa Di Francesco displayed many of the stunning works within the Visual Arts Collection. As they departed after their multi-day visit, the Grolier Club members were unanimous in their appreciation for their hosts, a testament to the treasures in the Osler collection and the combined and collaborative strength of ROAAr as a whole. The experience provided a fantastic model for hosting future visitors.

It was a busy autumn for Osler visits and curated exhibits – both within the library’s own gallery space and around Montreal. Our “pop-up” exhibitions this fall included 200 Years of the Stethoscope, celebrating two centuries of auscultation at the Canadian Cardiovascular Congress (CCC), History of MS at the Montreal Neurological Institute’s annual MS Xchange, and in October, it was our pleasure to welcome two history classes from Marianopolis College (CEGEP) for a total of four visits – a powerful pedagogical experience for all. 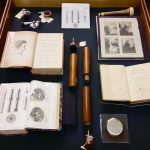 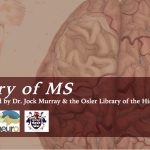 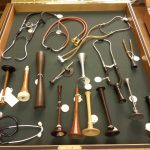 Gathering monaual and binaural stethoscopes ca. 1840s-1950s from the Osler Library Artifacts Collection, in preparation of “200 Years of the Stethoscope” exhibit at CCC Montreal, October 2016 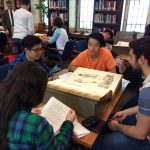 For those discovering the Osler Library of the History of Medicine for the first time, we invite you to explore our online resources and website for more information. Contact or visit us anytime – there is much to be discovered!