As I write this I am sitting in my newly set up home office and doing my part to help “flatten the curve” of covid-19. I began my career at the Herzl Family Medicine Clinic at the Jewish General Hospital and have been working for 15 years to help patients and caregivers as well as health professionals find and evaluate health information.

There is so much misinformation out there! Now more than ever we are inundated with all sorts of health information and advice, some more trustworthy than others. You may be feeling overwhelmed, and not sure even where to begin looking for information let alone how to assess whether it is true or false. You may have other health issues that have not been put on hold because of a pandemic and are finding it harder than ever to access the information you need.

Today I am proud to share with you an amazing resource that was born out of years of hard work and the passion and love of an amazing team.

Search for, evaluate and use reliable online health information

For Covid-19 specific information, our Medical Library colleagues at the University of British Columbia have produced an excellent and comprehensive resource guide on all aspects of the current coronavirus pandemic for the public, patients, and health professionals.

IMPORTANT: Neither of these resources should replace the directives of McGill University, nor should they be taken as medical advice. If you need to speak to a health professional for advice, call 1-877-644-4545 or 811. For more information about McGill’s response to the pandemic consult https://www.mcgill.ca/coronavirus.

Please share both resources widely and feel free to re-post this message to social media or email it to your friends and family.

Take care of yourselves and please know that the Schulich team is working hard to make sure you are supported during this stressful time. For information about library resources and services during this period visit our home page, use our chat service or reach out to your liaison librarian. 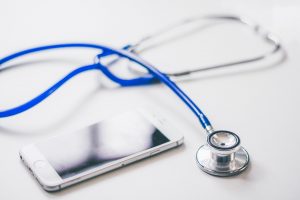 Health information is often difficult to navigate. Try a quick PubMed search and you’ll instantly get a sense of the number of published articles that are out there, and that’s not even everything (Tip: Filter your results using the article type “systematic reviews”–not “reviews”–to narrow down your results, and favour Cochrane reviews for their rigor; alternatively, use PubMed Clinical Queries).

Where am I going with this? Well, clinicians are busy people and it is obviously really important for them to stay on top of things. How are some ways they do this using McGill-licensed resources? These resources just happen to be available to the entire McGill community, so they are worth a look even if you are not a busy clinician.

Many clinicians are huge fans of UpToDate. It’s a really expensive resource and one we have great trouble affording, but it is definitely worth a look. It’s easy to use (designed for free text searching; look for your terms within articles using CTRL-F on a PC or CMD-F on a Mac if they’re not in the article title). Evidence is not always graded, although they are improving this.

An alternative to UpToDate and a nice option if you’re an avid mobile device user is DynaMed. We began licensing it this past spring, and one key advantage of it over UpToDate is that you can download all the content onto a mobile device, which means you don’t need an internet connection to view it. The app is a bit clunky but the content is there. Levels of Evidence are pretty consistently applied.

Health is important to just about all of us, so why not give these point-of-care tools a try?