We all know that e-exams for the past years are not available for the faculty of law. Not to exactly fill this gap, but to at least provide you with an insight into how the exams looked like for the 19th century McGill law students, we have digitized a volume from our Rare Books Collection that gathers the examination questions for the years 1861-1896. You can find there for example, the questions for the sessional examinations on the Civil Code for the second and third year students that were held on Tuesday, March 5th, 1872. 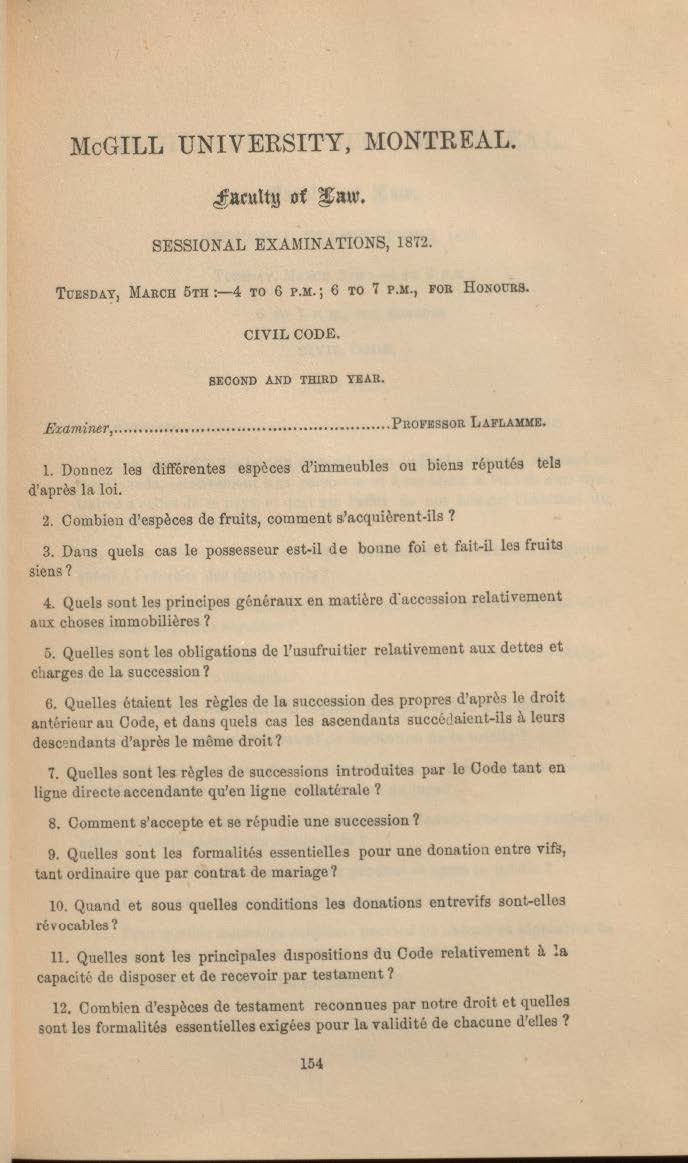 Another glimpse into the student life of the days bygone is allowed by the scrapbook made by law students preparing for moot completion in in 1915-1916. The book contains handwritten accounts of the meetings, clippings from contemporary newspapers, a typewritten case Brown vs. Jones assigned to the students and the moot court decision. 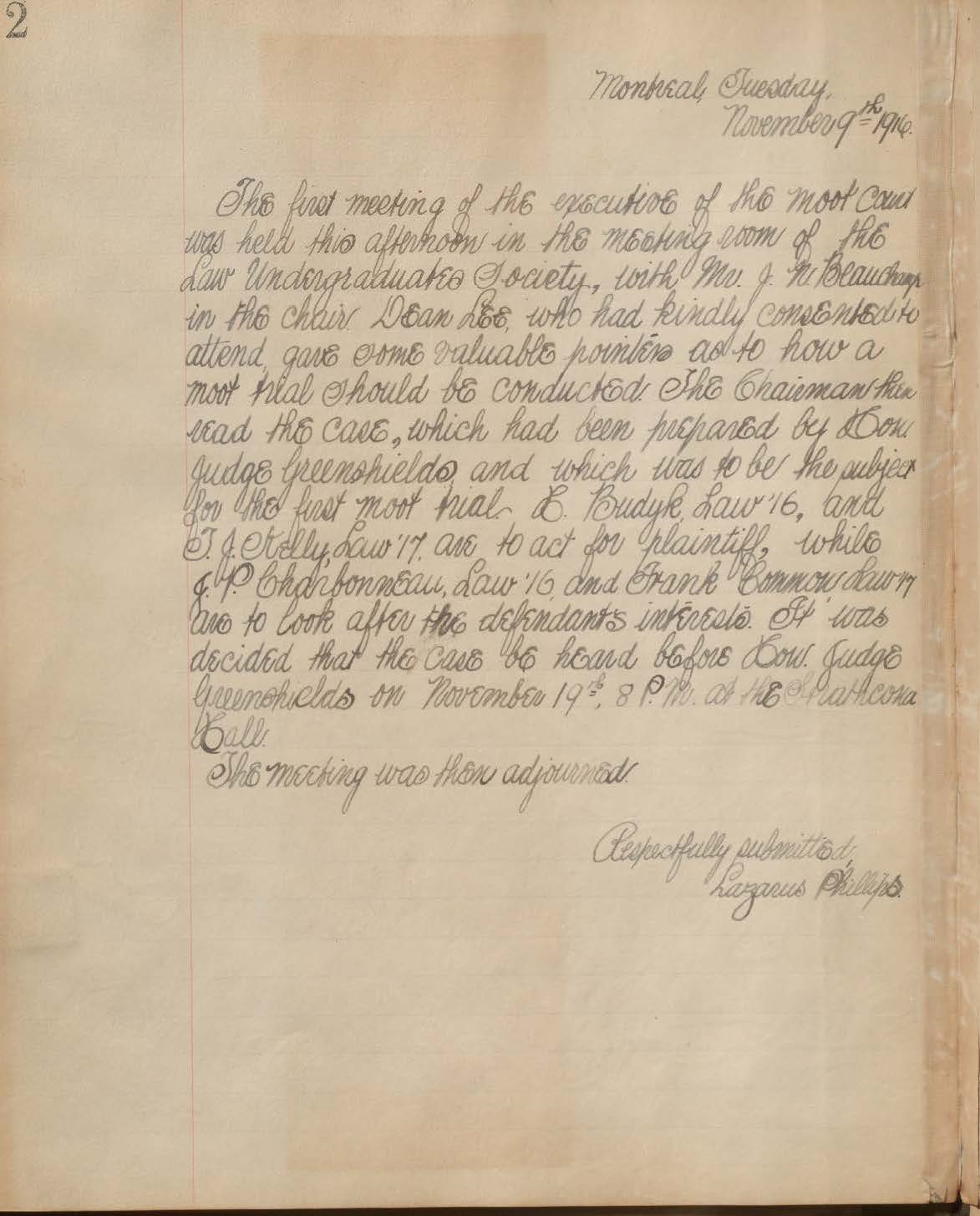 Both books are now available for viewing and downloading via WorldCat:

As of this January, the Law Library provides the access to four newly purchased HeinOnline collections:

This collection includes the complete run of the Israel Law Reports which provides access to more than 220 cases. Cumulative tables are provided for reference to other volumes in the collection, as well as to select cases for specified time periods. Also, a “Table of Cases Published in English Translation” lists in alphabetical order all cases that have been translated into English and appear in the Selected Judgments of the Supreme Court of Israel Series and in the present Israel Law Reports Series. The collection also includes access to the Israel Law Review, Volumes 1-42 (1966-2009).

This collection includes the Stair Society Main (Annual) Series consisting of 53 volumes (1936-present), vols. 1-3 of the Stair Society Supplementary Series, as well as books, abridgments and links to scholarly articles from HeinOnline’s Law Journal Library that discuss Scots law. Founded in 1934, the Stair Society serves to encourage the study and advance the knowledge of the history of Scots Law by the publication of original documents and by the reprinting and editing of works of sufficient rarity or importance. It is named after Scotland’s greatest jurist, James Dalrymple, 1st Viscount Stair, whose Institutions of the Law of Scotland, first published in 1681, were the foundation of modern Scots law. As part of its aim to further the study of Scots legal history, the Society produces printed and electronic publications, specifically an annual volume along with occasional other publications, which are now available via HeinOnline to the users of the Gelber Library.

This collections includes more than 1,100 titles and 800,000 pages dating back to 1690 on International Law subjects such as War & Peace, the Nuremberg Trials, Law of the Sea, International Arbitration, Hague Conferences and Conventions and inks to scholarly articles from HeinOnline’s Law Journal Library that discuss International Law.

You can access the new collections via the main HeinOnline page.